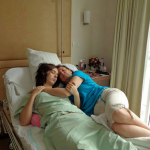 Your pain is in my DNA,
Father,
As real as the shrapnel
Still in your legs
Decades later

I had four back to back panic attacks the most severe I walked four blocks past my office stopped wasn’t lost, but said to myself what am I doing here, and started to boil in side as I made my way back towards my office. As I got closer, block by block the boiling of emotion like a volcano started to erupt and it did. It was severe, so severe I couldn’t see the medication I carry in my bag as my mind had left me, my mind had left me, rare. 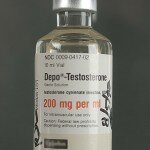 I would like to welcome the newest member of our writing team, Jordan. In their first post with us, they talk about choosing whether or not to medically transition. Thanks for sharing with us, Jordan!
I’ve been anxious for as long as I can remember. As a child, social situations were nerve-wracking. As a teenager, I was already worried about getting into college, getting a job, and living independently. And as an adult, even with therapy and medication, anxiety continues to be a challenge that affects me daily.
So it’s no surprise that when I started to explore my gender identity, my anxiety kicked in full force.

There is a beast in me, lying in wait to break through. When it does, it appears in the form of anger, frustration, fear, and anxiety. This beast likes to show up and the most inconvenient times.

I have been literally paralyzed these last couple of months. I began working towards a college degree in September of this year. Initially I chose one course, hoping that by the time it was over I’d have a better idea of what I wanted to major in, since I am interested in so many things and the choice seemed impossible. If anything, it’s made the whole thing worse.