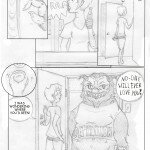 Do I scare you? Does the way I talk worry you?

I’m not talking about intimidation. I’m tall, and I’ve always been told I’m stronger than I realize – usually just after hurting someone without realizing it, but that’s not what I mean.

In the wake of the waking nightmare brought to Smalltown America in the form of the murder of 20 young children and 6 educators in Newtown, CT, firearms and the right to possess them once again returned to America’s field of vision. With it, though, came a new focus on mental illness and how that played a role that horrible day. There is no doubt that the shooter in this case and too many others like it in the last two years (and throughout our history) were not mentally well. While very true, it’s also readily apparent that the right wing and the gun lobby are simply using this fact to shift blame and attention away from the guns.

No one ever said that this whole sobriety thing would be easy but I have found that it gets a whole lot harder the longer I go. I went to AA, I got a sponsor; I did everything that they told me to do. I even managed to go to a meeting a day. Yet at the same time the longer that I stay dry the more social situations that I find myself in where I am saying to myself, maybe one more would be okay. Take for example last night, I was asked over for a social occasion and it inevitably lead to me picking up, a beer in this case. But that beer lead to Tequila shots which led to, etc. etc. I got scary drunk, more drunk then I have gotten in a long time and while nothing bad happened, and I made it home safely and managed to crawl into bed. But see my alcoholic mentally ill mind tells me that because I did that, because nothing “bad” happened that it must be okay for me to drink again.

There was the equivalent of a 8.0 Earthquake in the psychiatric community this past May. Although very few people outside the trans community noticed it, there was a casualty. It’s name was Gender Identity Disorder (GID). The funeral was poorly attended, and the only people mourning it are right wing ideologues and rabidly anti-LGBT organizations who feel that LGBT people need to be as stigmatized as possible by the medical and psychological communities.

I never wanted to be a mother when I was young. Seduced by the freedom I could have as a single woman, at varying levels of “being about to take care of myself” financially and psychologically, I pushed onward. When I was 19 and in college I had an abortion. The father was irresponsible and unemployed, and I wanted to graduate. I wanted to live an exciting, satisfying life and knew if I kept the child I would be doomed to poverty and single-mother-dom before I had even gotten started.

It remains difficult for some to fathom the weight of stigmatization that is carried on the backs of the millions diagnosed with mental illness each year. Mental illness is, indeed, an illness. A disorder of the mind that equally affects the body. Mental illness is something that can make living day to day extremely difficult, painful (both emotionally and physically), and nearly impossible.