You are not the sum of what your friends tell you. Despite what people say, no one knows you better than you know yourself. They receive a projection of you. You know how you are, and you know how you tick.

I recently moved to Boston from NYC. Moving can be stressful for a variety of reasons. As a trans man with mental illness, it can be especially stressful for me to try to make sure all of my healthcare continues without gaps. 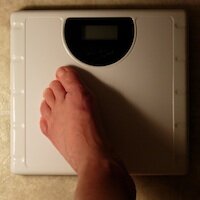 This is the final installment of the DBT Skills series. I want to say a special thank you to Breyonne for her hard work in writing this series – I know it will be useful for so many of our readers!

When I first heard the words ‘emotion regulation’, the first thing I thought was, Oh great. Another therapist trying to tell me that feelings are just feelings, they can’t hurt me, they can’t kill me, blah blah yadda yadda. And I’ve been to enough therapy, enough counseling, enough self-help meetings to know this, even if only theoretically. So I wasn’t prepared to learn a whole lot from this module. I couldn’t have been further from the truth.