When I panic, it feels like my heart is stopping, or that my guts have been turned inside out, or that some sort of massive steam shovel or something has pulled out all my insides and rearranged them and dumped them into random places in my body. Sometimes I feel like the walls are falling in on me, and I can feel the space I am in (or at least my perception of it) going dark. Sometimes I start self-harming by punching myself or slapping myself or punching walls or hard objects or hitting my head against them. Sometimes I become dissociative and do not remember the incident. Sometimes none of these things happen and it manifests quite differently.

Ugh. Stop. Seriously, stop. I don’t get why people keep asking why I’m depressed, or what I have to be depressed over. Really, it’s a dumb question. Ok, though, in fairness, maybe it’s not actually their fault – society is probably to blame here. People say that something is depressing, or they’re depressed, and what they really mean is that something happened, and it sucks, it’s a bummer, they’d prefer it didn’t happen. 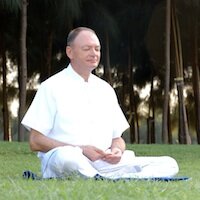 I decided to track my moods intensely and also experiment on myself quite a bit with certain herbs and diets. I have written a couple of times before how a gluten-free vegan diet, and how reducing my refined sugar intake have drastically aided in helping me stabilize my mood rollercoaster. Another thing that greatly helped me was tracking my moods over time in a journal. I was able to take a few months and track my mania, depression, mixed states of every variety, as well as social, environmental, hormonal, and physical triggers for said mood shifts. I found that many of my mood changes are triggered by certain things (sexual assault triggers, social conflicts, hormonal shifts, dietary changes, etc) and behind those triggers is a larger more independent cycle of ups and downs lasting a couple of months at a time. In tracking the triggered ups and downs existing along the larger up and down shift of my mood over time, I can now identify when a mood state is changing and can identify where I am at.